I love Halloween and dressing up, but sometimes you need to keep things cheap. That is how the idea for our Little Red Riding Hood Costume came about. I saw ears, a tail, and a buffalo bowtie in Walmart for $5 and I thought, what family costume could I base around this?

I admit when I saw a wig at Walmart with curlers in it I was thrilled that I could be the grandmother from the story, my little boy could be the wolf, and my husband could be the woodsman since he already has the perfect beard for it. But there was just one problem for any of the other costumes to make any sense we needed a little red riding hood. So I traded in the sweet wig with rollers in its hair for a red cape. Honestly being Little Red Riding hood was easy and inexpensive so it ended up being a great Halloween costume. Plus, I’m sure the red cape will get even more use in future Halloween costumes.

I made this ax using things I had on hand, but if you want a pattern for making your own ax and some amazing tips on accessories for a woodsman check out Make it & Love it.

Did you know but Build-A-Bear allows you to buy a bear for your child’s birthday based on the age of your child? So, for a one-year-old the bear is only $1, for a two-year-old, it’s only $2. I’ll stop there so I won’t sound too much like the characters in the Kid History Chilean completo video.

It was an amazing experience paying $1 for something that my little boy loves so much! Plus, it is really well made. Good job Build-A-Bear!

What’s the catch? You do have to join their Bonus club, but it is free and all they require to join is a little basic personal information, which wasn’t a big deal to me. I would imagine they make some money on the clothes you buy for the bears, but it is still pretty generous.

I honestly wanted to buy some cute pirate clothes for ours but unfortunately, they didn’t have any for my son’s pirate-themed party, so I literally walked out of there just paying $1!

If you have a toddler a bear from Build-A-Bear is the way to go! I just hope we don’t lose this bear anytime soon or our son will lose it! I don’t think he’ll sleep without his best bud.

Here’s a link for any questions you have about how to get in on this awesome Build-A-Bear deal.

FYI, I was not paid or compensated for this post in any way. I just wanted to pass on a great deal!

Update– My son is still loving this bear. For his second birthday, we’ll go buy a back-up because if we lost Teddy the results would be devastating!

My son just turned one and I decided it would be fun to throw him a pirate-themed birthday. I lucked out and found some great things at our Thrift Store, Walmart, and a forever favorite, Dollar Tree.

Here is a picture of my Thrift Store finds. They inspired the madness that became a one-year-old’s pirate birthday party.

For the party, we had a treasure hunt and ate cake. My son is only one after all so we kept things short and sweet.

Want a free copy of the pirate treasure hunt I made up for his party? Download it using the files below. It’s easy to change to fit your house/yard and items you have around your house.

Where I got my party supplies and decor and for how much:

Check out my Pinterest pirate board to see where I got most of my ideas!

Check out inexpensive and cool prizes on Orientaltrading.com. I wish I would have found their pirate section before planning my pirate-themed party. 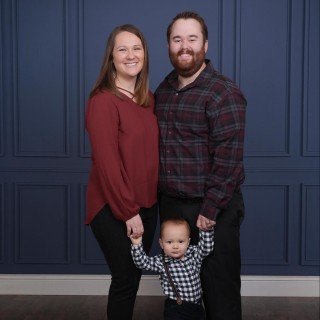